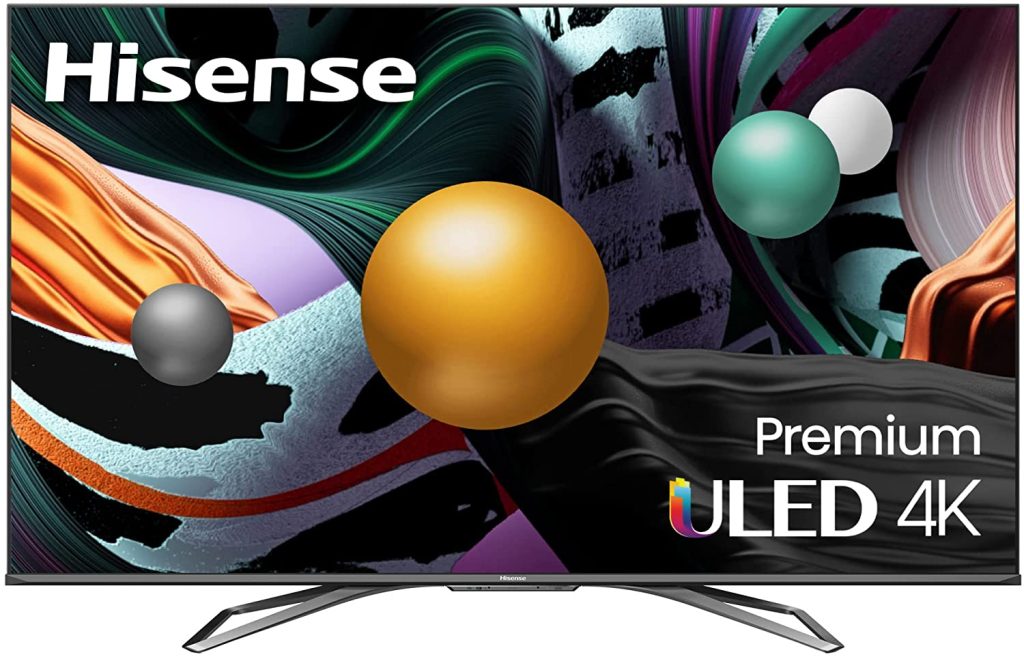 We should also mention the special care of Hisense about the health of their customers: the ULED 65U8GQ uses technology that reduces harmful blue light for the eyes. And it is implemented without compromising the image quality. The safety of this model is confirmed by a certificate of the independent German laboratory TÜV Rheinland. As the company says: “Your purchase is important, but your health is more important.

Hisense ULED 65U8GQ has a screen with a diagonal of 65 inches, which is optimal for most rooms. The resolution is 4K (3840×2160 pixels). It uses a matrix on quantum dots, which allows the TV to reproduce more than a billion colors, a large number of shades and accurate color reproduction. Its depth is 8 bits (time dithering FRC is also taken into account). Hisense ULED technology provides high image quality with higher contrast, sharp and smooth motion and crisp details. The maximum brightness of 1,000 nits extends the dynamic range from the darkest to the brightest areas on the screen. In addition, the high peak brightness helps the picture quality and natural display in each individual frame.

Full Array Local Dimming Pro is able to adjust the brightness of the screen backlighting to improve the contrast ratio and avoid crosstalk from adjacent areas of the picture. The LEDs are divided into multiple zones, each of which precisely illuminates individual pixel areas, making the picture on the screen as contrast-rich and detailed as possible. On a 65-inch TV, there are a hundred and twenty such zones. So when you show dark frames, some of the LEDs are turned off, which contributes to the reproduction of deep blacks. And this is not software, and much more reliable and highly efficient hardware technology, which distinguishes the ULED-TV from competitors’ models.

Speaking of noise avoidance: the TV has a function of MPEG noise reduction and a system to prevent “mosquito” noise. There is also HDR10+ and Dolby Vision technologies that provide the most accurate and realistic picture. It is also important to use in Hisense ULED 65U8GQ special coating, which by 66,7% reduces the amount of glare from the sun and other light sources, interfering with the enjoyment of your favorite movies or TV shows.

Hisense ULED 65U8GQ has a stylish design with an almost frameless screen and a comfortable metal stand. The TV will look equally good on a pedestal or on the wall. A VESA bracket is included for the second case. 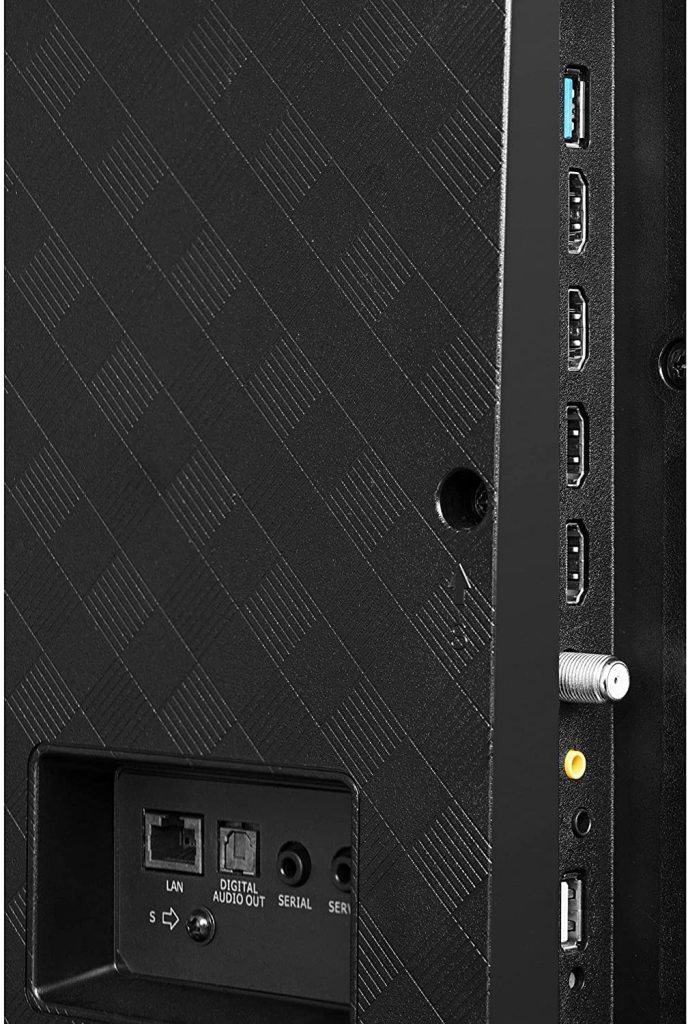 In general, Hisense ULED 65U8GQ has absolutely everything you need to turn your TV into an entertainment center that can play content from any media, as well as act as a screen for your computer or game console.

Hisense ULED 65U8GQ has one of the most advanced audio systems in its class. There are four speakers with 10 watts each and a subwoofer with 20 watts. The speakers are located on top and on the side. All this is complemented by support for Dolby Atmos, which delivers sound to every corner of the room and creates a three-dimensional cinematic sound.

Also worth noting is the IMAX Enhanced certification, which ensures that sound, color, brightness and contrast are optimized simultaneously so that the viewer gets the full feeling of watching a movie in a theater. The clearer sound even allows you to hear the actors’ breathing or the rustling of leaves. This is particularly impressive when watching tense scenes in horror films or contemplative clips of wildlife.

At the heart of the TV is a unique Hi-View Engine processor (NT72671D quad-core chip). With its help the device automatically detects the type of content you’re watching at the moment (for example, scenery, people, sports) and optimizes the image to convey the features of each scene as accurately as possible.

Dolby Vision IQ automatically selects the most favorable picture parameters for each HDR frame according not only to the genre of content, but also to the lighting conditions in the room. It is a closed system, which allows you to protect your privacy as much as possible. VIDAA provides easy and fast operation, including the use of the proprietary voice assistant. The TV works quickly and clearly, no matter what type of content you’re watching or from what source.

Special mention should be made of the support for automatic scaling of original content with less than Ultra HD resolution to the coveted 4K. So, with ULED 65U8GQ you can watch in high resolution even old Soviet films or TV shows in Full HD.

Hisense ULED 65U8GQ is great not only for fans of movies and TV shows, but also for fans of computer games. Panel with an increased refresh rate of 120 Hz and technology to dynamically compensate the image quality MEMC eliminates blurring and flickering when playing dynamic scenes. Even during the most strenuous game play, you won’t encounter any jittery sensations. 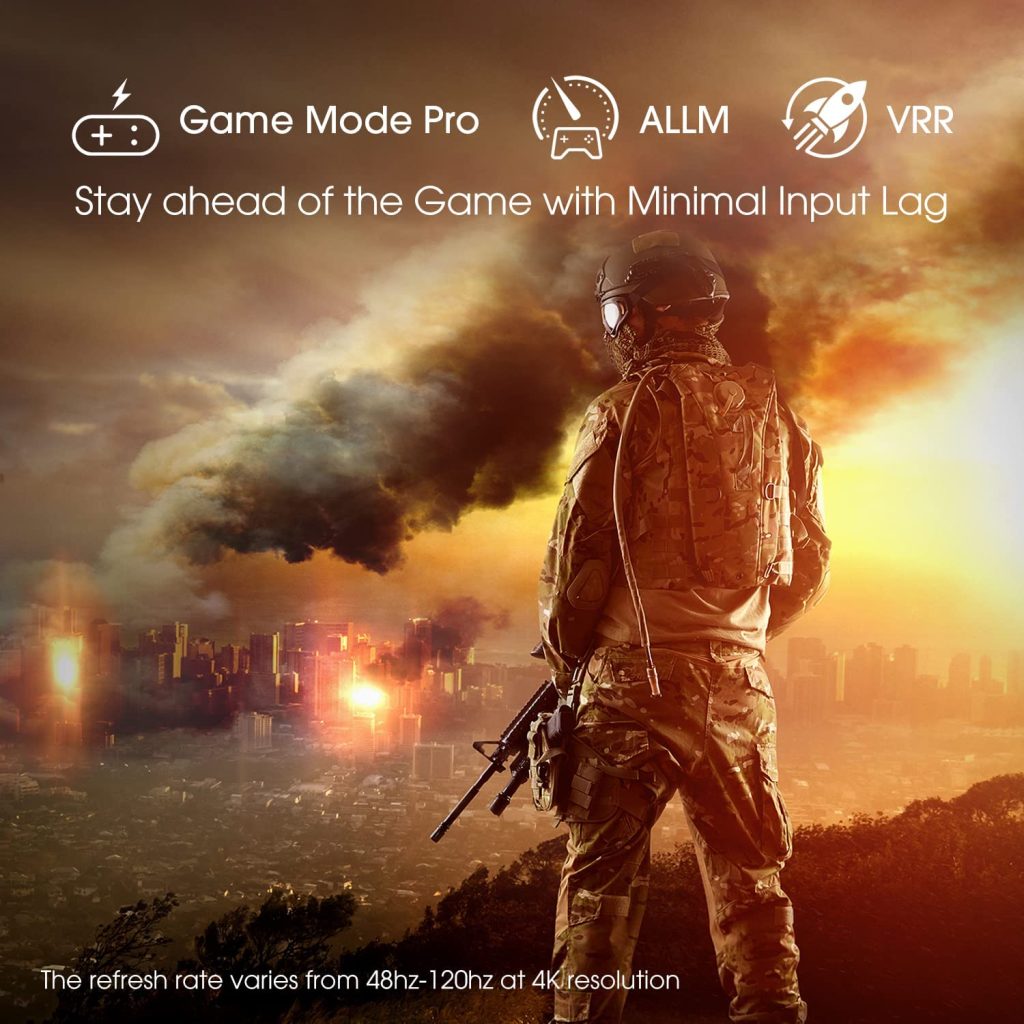 What’s more, the ALLM HDMI 2.1 feature automatically switches your TV to low-latency game mode when you turn on the game. The short response time not only allows you to enjoy the game to the fullest. But also gives you an advantage over your opponents. 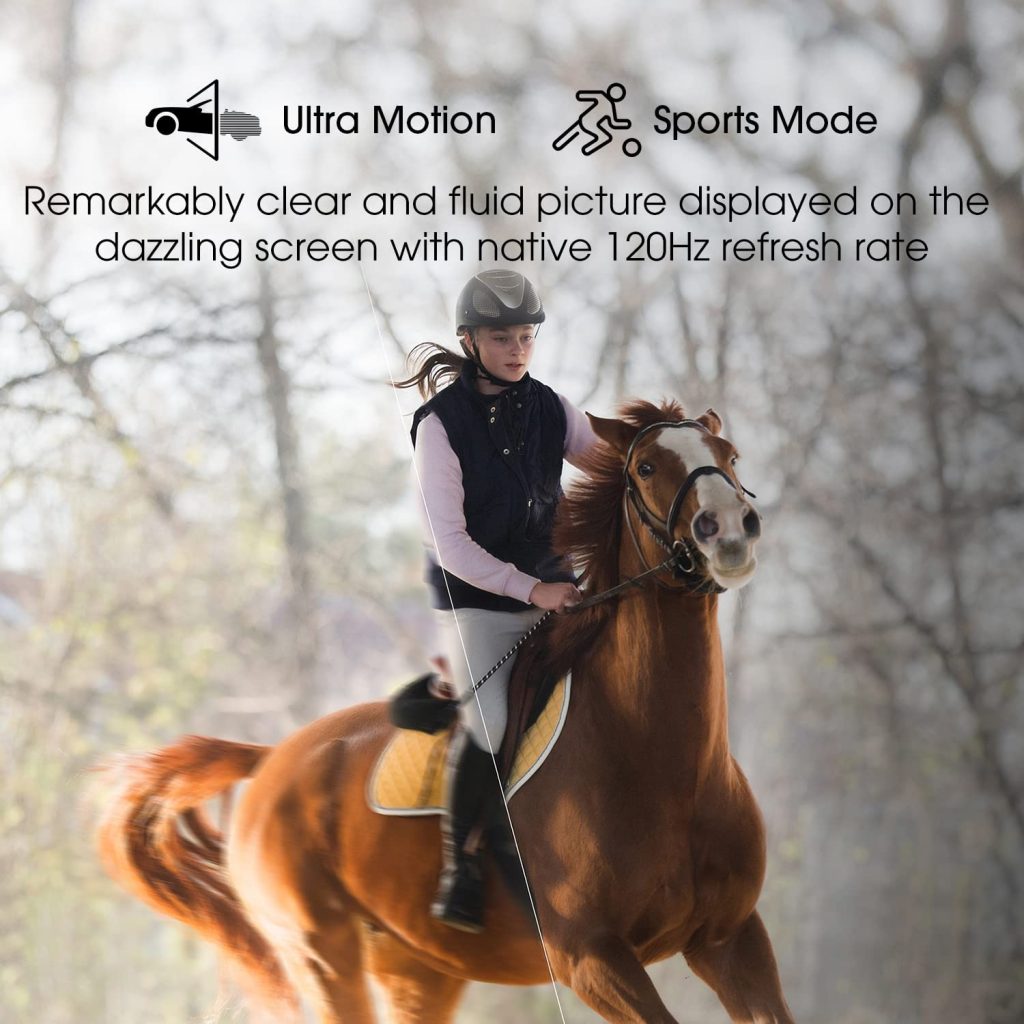 There’s also an eARC HDMI 2.1 feature that guarantees immediate audio. Transmission so you can hear every action your enemies take.

The Hisense U8GQ ULED TV is characterized by a number of innovative advantages: high-quality picture, first-class sound, smart ergonomics, the ability to automatically adjust to 4K resolution and working conditions (dynamic scenes, lighting in the room), a powerful graphics processor, the availability of game mode with reduced input delay to 20 ms. No wonder the Hisense 65U8GQ has been voted the best TV for family watching by the European Audio & Video Association (EISA)!

With a very affordable price tag, the Hisense ULED 65U8GQ is one of the best value for money TVs. Current price on Amazon 899$