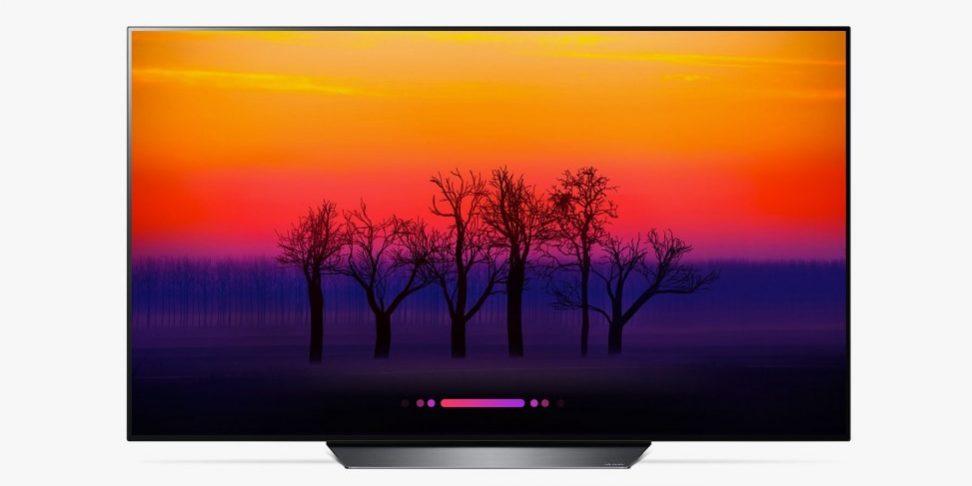 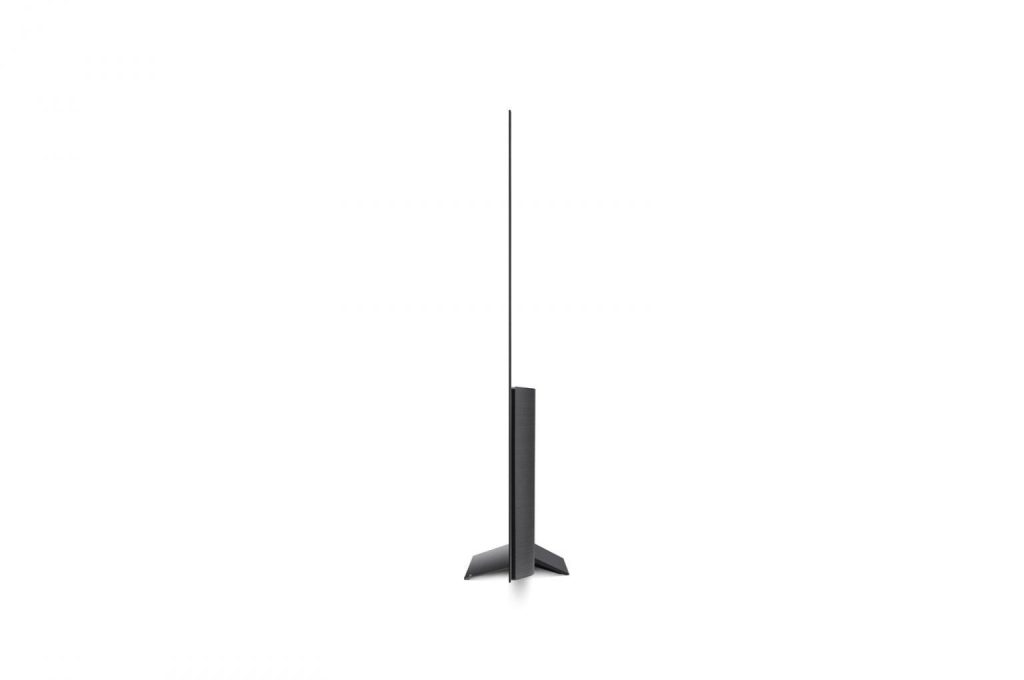 Why is the price low for such a good TV? The reason is that LG uses a less powerful video processor here, namely the Alpha 7. It is similar in power and volume to the processors used in LG’s 2021 models. LG’s other 2022 OLED series already use the new Alpha 9 processor. Of course, this has some performance implications, but that doesn’t stop the OLED55B8 and OLED65B8 from holding their own in the market. 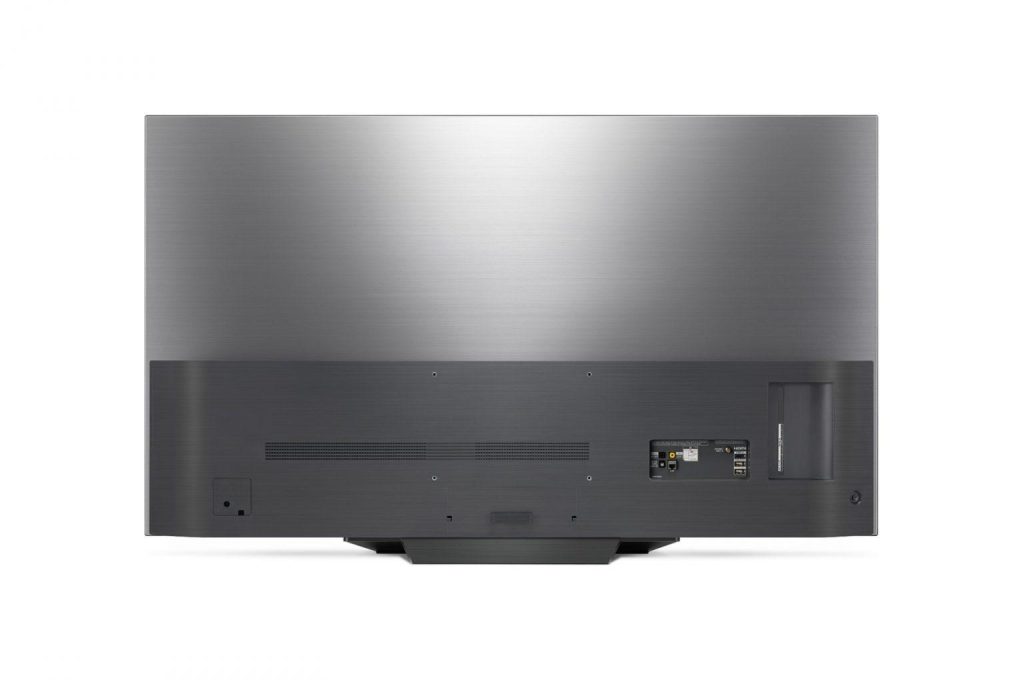 Connectors in the LG B8 OLED

WebOS is responsible for the Smart TV functions here. This is the simplest smart TV platform to date. The webOS interface is easy to use, easy to set up and works great. All the necessary applications are available here, such as YouTube, Netflix, Amazon Prime Video, Now TV, etc. As for playback, Netflix and Amazon Prime services provide 4K streams, and the B8 for enhanced viewing can play content in both HDR Dolby Vision and with Dolby Atmos sound from Netflix.

OLED screen technology is particularly good for standard dynamic range imaging (SDR), and the LG B8 proves this perfectly. Black levels are deep, there are no instances of grayscale in dark scenes, and skin tones look great.

The problem with the LG B8
A definite problem for OLED TVs is HDR playback. There are some shortcomings with brightness here. The peak brightness reaches about 680 nits. The B8 doesn’t reproduce the subtle shading details in the brightest parts of HDR images as well. Also, this TV shows more noise in darker areas and subtle HDR/widescale color combinations. However, black levels remain flawless with HDR scenes until you try to adjust to maximum brightness. Also a good thing is that the brightest parts of the HDR image can be next to the darkest parts, with no hint of light leaking into the darker parts.

As for viewing from different angles, you’ll be surprised as the image won’t lose contrast or color saturation.
Initial audio power is 40W and the speakers are capable of producing loud and dynamic sound. Also, thanks to the built-in Dolby Atmos decoding, you will feel a certain amount of surround sound. In general, the sound is clear. As for the bass, it is quite crisp, but somewhat limited in depth.

So, the LG OLED55B8 smart TV is a TV with good picture quality, a great smart platform and a stylish design. The only drawback we highlighted was the lack of brightness.

The LG B9 4K OLED TV HDR series are 4K OLED TVs with superior picture quality, especially when viewed in a dark room. Thanks to self-emitting technology (no backlighting), they can produce absolutely deep blacks. They also process motion beautifully, with a very low response time. 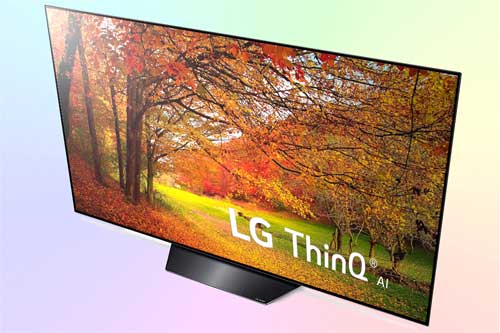 This OLED TV is a budget option in a class of its own. Therefore, despite possessing the same OLED panel as its older brethren, it has to settle for a simplified image processor α7.

But in 2019, the 2nd, improved generation of the alpha processor is already in use. In the proposed review of the LG OLED55B9PLA as a representative of the series, let’s consider in detail the advantages and disadvantages of the model, in order to understand how significant changes are compared to its predecessor.

The look of the LG OLED B9 is superb. It feels premium, both because of the build quality and the sleek design. It is almost identical to the C9, but with a different stand. On the B9, the stand that supports the TV is not very wide and will fit on a wide variety of surfaces. If you choose to mount the TV on the wall, most of the connectors are easily accessible.

The back of the TV is simple and very similar to the back of previous LG OLED TVs. As before, there is only basic cable routing. The bezels are very thin, which is pretty traditional. There are no noticeable assembly issues or gaps, the TV looks very solid. Care should be taken when moving because of the thin screen.

The LG B9 has infinite contrast because it can turn off individual pixels, which are organic LEDs, and thus create perfect blacks when viewed in low light conditions. This is great for movie buffs. Hence, by the way, there is no need for local dimming. 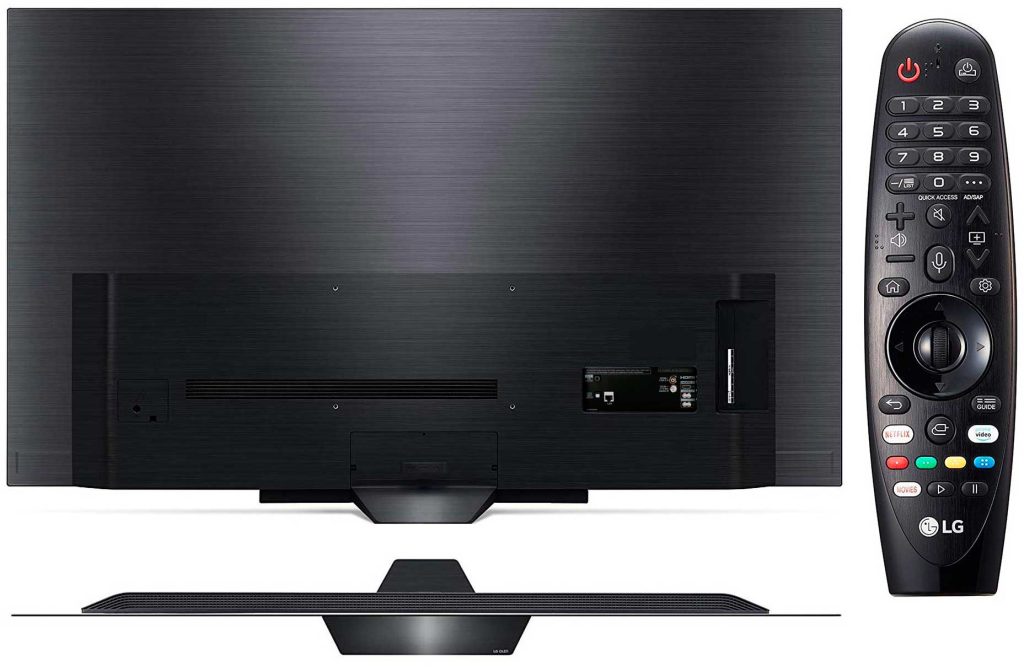 So far we have no data on the exact measurements of brightness. But at the Consumer Electronics Show earlier this year, LG provided information that the panels in the B9 and B8 lines will not differ. Therefore, we can assume that in the new models, too, the peak brightness in standard mode will be in the range of 300 nits, and in HDR mode – about 550 nits.

Although here a certain role in optimizing the brightness of the picture depending on the scene and ambient light plays the Alpha 7 Gen 2 processor. It controls the brightness using special intelligent algorithms and the light sensor.

Therefore, it is quite possible that the 550 nits figure will actually produce a panel effect, for example, with a figure of 800 nits. In addition, the α7 II’s intelligent processor applies deep learning techniques that adaptively optimize transparency and detail in the picture.

The gray uniformity of the LG OLED B9 is very good, and most viewers will not notice the “cloudy” effect. Only small vertical bars may be visible when displaying grayscale with 5% fill. And that is when the light is good.

Like most OLED screens, the B9’s viewing angles are very good. This makes it an excellent choice for spacious rooms, as the image quality remains good even when viewed from the side. That is, when viewed from an angle, the colors are virtually unchanged.

The LG OLED B9 has an improved anti-reflective screen coating compared to 2018 models. It makes reflections clearer, but with a very low intensity. Because of the anti-reflective coating, a slight, not very noticeable purple tint appears on the glare. But there should be no problem watching this TV in a bright room.

The LG B9 has a wide color gamut. It covers a good portion of the DCI P3 color space, and also does very well in Rec 2020. These results are almost identical to the C9. Even so, it loses saturation at higher color values because of its WRGB pixel structure. The TV uses a white sub-pixel, which makes the white color very bright, but it can’t do the same with respect to the other colors. Therefore, the colors are not as bright when boosted to their maximum level. 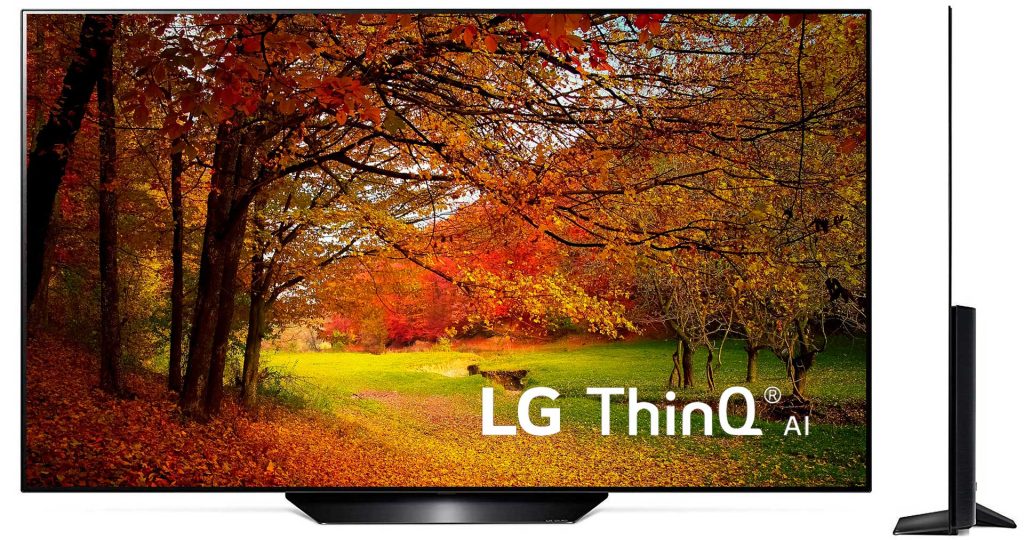 The gradient transition shows how accurately the shades of color are rendered. So either there will be noticeable banding (banding) when transitioning from one shade to another, or not. The LG B9 uses 4-step noise reduction. The result is smooth, well-smoothed gradients.

The LG B9 has excellent motion processing. Its almost instantaneous response time makes it a great choice for dynamic content and video games. However, content with a low frame rate can have hiccups.

Luckily, the B9 has motion interpolation, which does a great job of smoothing them out. LG has also added support for Variable Refresh Rate (VRR) and Advanced Low Latency Mode, making the B9 a great choice for gamers.

The LG OLED B9 has above average sound quality. It sounds quite loud, has a decent attack in the bass segment, and produces crisp dialogue. At the same time, it lacks sub-bass, so it won’t be able to generate the clatter or rumble typical of effects in movies and video games. The α7 Gen2 processor intelligently optimizes the sound depending on the room configuration.

Stereo sound can be converted to virtual 5.1-channel surround using Dolby Atmos. It is also possible to transfer Dolby Atmos metadata via Dolby Digital Plus to a compatible receiver or soundbar. Of course, it is still recommended to use dedicated speakers or a soundbar for better sound. For example, LG SL9YG soundbar.

The list of smart features of LG B9 has noticeably expanded. There’s the Home toolbar, auto-detection of devices, LG voice search, and AI Home technology. And this is mainly due to the transition to a new version of the operating system, namely webOS 4.5.

The interface has become simpler, more responsive. Voice control capabilities have been expanded. Amazon Alexa and Google Assistant are now supported. The number of recognizable commands even allows you to have a dialogue with the TV.

LG is also adding support for Apple’s AirPlay 2 and HomeKit features. All interaction with the TV is through the Magic Remote MR19. It is almost unchanged, only the inscriptions have been replaced by icons.

Connections
The list of connectivity features of the B9 is the same as last year’s LG B8. But the main difference should be mentioned separately. HDMI connectors in the B9 now comply with HDMI 2.1 specification. There are four HDMI connectors, one of them has return channel for audio transmission. As before, the TV set is equipped with 3 USB ports (one of them is USB 3.0).

To access the internet, you can use the LAN port or the built-in Wi-Fi adapter. The Bluetooth connection has also been updated and uses version 5.0. There are 2 antenna jacks (terrestrial and satellite) and digital optical output.

Summary of B9 review

To conclude our review of LG’s B9P, let’s summarize what has been said. Anyone who is now considering upgrading their TV will face certain difficulties in choosing. Yes, the new α7 II processing processor does bring image improvements, but they are evolutionary rather than revolutionary.

The significant upgrade in the LG B9 TV over last year’s model is the HDMI 2.1 version. But to unlock its potential, you also need an external device that is compatible with this standard – a game console, Blu-ray player, etc.