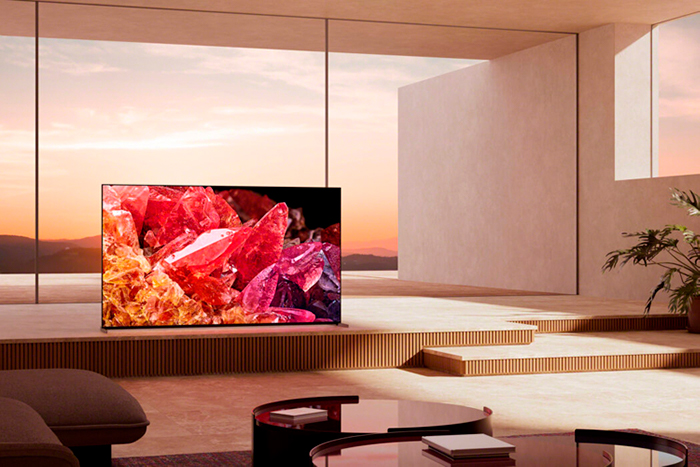 Sony recently announced a new line of Bravia XR branded TVs at the CES 2022 event, which will be released this year. The manufacturer also presented the world’s 1st TV with a screen that combines the advantages of quantum dot and QD-OLED.

The new Sony Mini LED TVs offer improved local dimming. Also, the use of this type of screen guarantees high maximum brightness, as well as improved contrast. This was made possible by reducing the size of LEDs, as well as increasing their total number. It is worth noting that these screens can have a halo around a variety of bright objects. However, Sony has promised to get rid of such effects using proprietary algorithms called XR Backlight Master Drive. They are able to dynamically control the backlighting, which prevents the appearance of backlights.

The Z9K series of TVs will be sold in 8K resolution, as well as in 75- and 85-inch panels. In turn, Sony X95K TVs will support 4K resolution, as well as 65/75/85 inches. It is worth noting that all of the top-end TVs have branded powerful audio systems. For example, the Z9K series models use an 85-watt audio system, and the X95K series – 60 watts.

In addition, all new Sony TVs with Mini LED panels support 4K gameplay at 120 Hz. Also, when used with PS5 gaming consoles, the new TVs provide more accurate color tones, as well as a low-latency mode. It’s worth adding that VRR support will be available by default. The new TVs will also come with Google TV software, and will support voice control and AirPlay 2. Sony has announced the flagship Bravia XR A95K TV, which features a QD-OLED panel. Buyers this TV will be available in versions with 65- and 55-inch screens. Both screens support 4K resolution. It is worth saying that the QD-OLED technology combines the best of OLED and quantum dot. Thus, this type of panel is able to transmit a rich black color and excellent contrast, and is characterized by improved brightness and color reproduction.

The manufacturer also relied on a neuro-processor, which uses AI algorithms. These algorithms copy the cognitive features of a person. Thus, the TV knows exactly how various visual as well as audio details should be emphasized. All of this allows the TV to create impressive effects. The company said that sales of the new Bravia TVs will start in the spring of this year. At CES 2022, the manufacturer also announced a camera called Bravia Cam. It will come with the flagship models of TV. Also users will be able to buy this camera separately. With the new camera you can make video calls, as well as control your TV using gestures. The novelty is attached to the TV, as well as connected to it via USB-interface. At the same time, the camera can warn users that they are too close to the TV, which is especially important for children. At the same time, if children do not respond to the warning, the TV screen will first darken and then simply turn off. The TV will also be able to optimize the picture and sound using the camera, taking into account how far away from the TV the user is sitting.

When the power-saving feature is activated, the Bravia TV will automatically dim the picture if the user leaves the room. Once Bravia Cam is released, however, it can only be used for video calls. Other features will become available with the release of updates. This camera also has a switch to turn off the camera as well as its microphone.