In 2022, Sony abandoned the Master Series A90K lineup’s flagship ambitions, refocusing it on gamers. This decision was reinforced by equipping the TVs with four HDMI 2.1 ports capable of streaming 4K 120Hz content, as well as VRR and ALLM gaming options. The diagonal range is reduced to two sizes.

Simplified compared to the previous series A90J sound system. But in all other significant characteristics – motion processing, contrast, sharpness of contours, degree of detail, etc. – The A90K provides an unforgettable experience. In our Sony XR-48A90K 4K HDR OLED TV review, we’ll take a look at the main features of the new TV. The look of the Sony XR-48A90K TV doesn’t go beyond the OLED mainstream. When you look directly at the Sony A90K OLED, you see exactly what you want and expect from an expensive new TV: almost no frames and a large screen. The TV stand is made in the form of a pedestal with supports (instead of the legs that the A90J had).

It can take two positions in height. When it is elevated, you can place a soundbar under the screen. The stand provides good stability and is suitable for placing the TV set on almost any furniture. It is possible to mount the A90K on the wall with a standard VESA bracket. 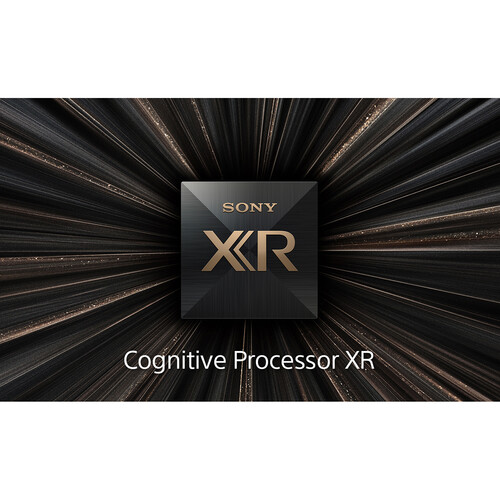 The back panel has a changed texture pattern – now it has a square grid instead of longitudinal grooves. There are no changes in the layout of the connectors. Some of the connectors still look sideways, some of them point downwards. Since it is a regular OLED screen, the Sony A90K panel is no thicker than 6 mm. Thickening to 4 cm has only the part where the electronic filling of the TV and its speakers are located. The processor is also involved in image processing with other cognitive processing technologies such as XR TRILUMINOUS PRO, which creates an accurate color gamut for SDR and HDR content. There is also XR 4K Upscaling technology, which now uses two databases instead of the one previously used in the X1 Ultimate chip.

The Sony Bravia XR A90K has a full set of calibration controls in the menu system. You can also use the Calman for BRAVIA app to access the full AutoCal system through the Calman software, which adds two new picture presets. Calibration leads to very good results, creating a very accurate image in SDR.

Thanks to the XR OLED Contrast Pro technology, which is part of the A90K OLED panel, the TV provides one of the best HDR images. What is the peak brightness supported by this claim? On a 10 percent window, the measured brightness value is 750 nits, and on an all-white screen, it’s about 170 nits.

The A90K supports HDR10, HLG and Dolby Vision. There is no support for HDR10+ or Dolby Vision IQ. There are also movie-based picture presets available for viewing content as intended. These include a custom mode, a calibration mode for viewing Netflix content and an advanced IMAX mode. 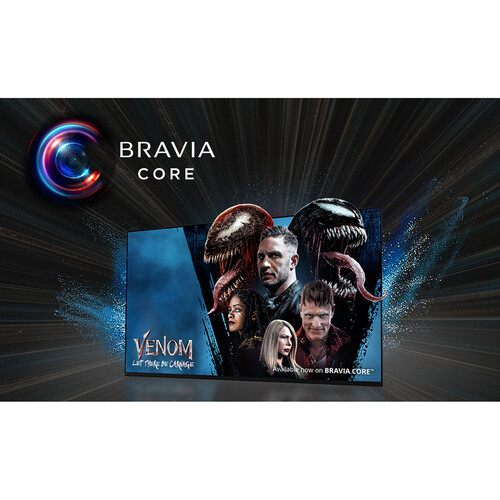 There is a potential problem with the panel and its black levels. Black looks a little lighter in some content, which displays a little more detail in the shadows. But it also looks somewhat compressed, losing some black gradation in the darkest parts of the scene. There’s no way to fix this with calibration.

Using XR OLED Motion with black frame insertion can produce some artifacts in the image with an abundance of motion as the interpolation settings increase. However, if interpolation is necessary for smoothness, the Sony A90K certainly looks much better on the market right now than the competition.

As far as performance in games, and with the Xbox Series X and PS5, the A90K Series does not have any performance issues. Game mode allows full color, and HDR is also strong in most games, but sometimes it depends on the console settings. Output latency is only 8.5ms.

With features like 4K / 120, VRR and ALLM, as specified in HDMI 2.1, the BRAVIA XR A90K TVs provide an exciting gaming experience. With 4K/120 we have up to 120 frames per second in compatible games. This provides an advantage in intense gaming. Variable refresh rate (VRR) allows the TV to dynamically adjust the refresh rate of the panel. This avoids screen lags and tearing, resulting in a smoother gaming experience.
And the automatic low latency mode (ALLM) allows the TV to recognize the connection of a game console and automatically switch to the appropriate mode. Note that all HDMI connectors in the Sony A90K TV conform to the 2.1 specification. 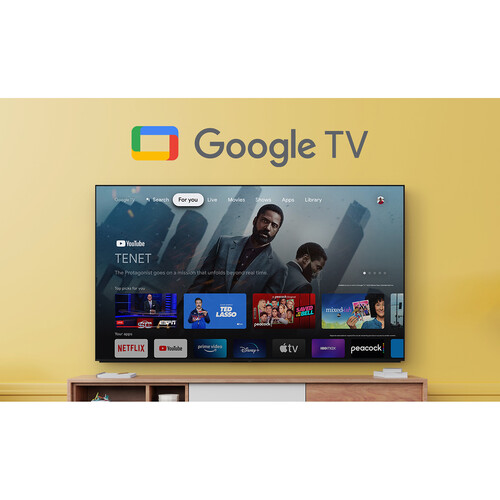 There’s built-in Chromecast for sharing files with compatible gadgets, but AirPlay2 for Apple devices is also supported. Sony’s 2022 TVs use an updated remote control. It’s medium-sized and there are no number keys, but an on-screen keyboard can be used. Backlit keys on the remote makes it very easy to communicate with the TV in the dark. And in the daytime looks attractive. There is support for Bravia Cam. It’s an optional camera that lets you talk in the video world, but it also lets you control the TV with your finger. Ambient Optimization Pro detects where you’re sitting in the room and automatically optimizes picture and sound accordingly. Sound quality on the A90K is also excellent, thanks to the familiar Acoustic Surface Audio+ system, which uses actuators behind the screen that make the screen itself vibrate to create sound. This gives the impressive effect of sound coming from exactly where it’s supposed to be on the screen. The sound quality is very convincing due to the fact that the panel becomes a speaker and is supported by low-frequency drivers.

Acoustic Center Sync synchronizes the XR A90K TV’s speakers with specific Sony sound panels to enhance the center speaker channel and create a fuller, more immersive sound. You can add it to your theater as the center speaker of a multi-channel system, but obviously the timbre and sound will be different from other speakers. Overall, the sound quality is well above average for a TV of this type and is consistent with using a mid-range soundbar.

The connectors are located on the back and face sideways and downward. There’s a CI slot on the side, and below that is a 3.5mm hybrid composite video input and output jack for connecting the soundbar to the S-Center system’s center speaker. There are also two USB ports, an HDMI 2.1 port with eARC, and a microphone on/off switch. At the moment (May 2022) the price of Sony Bravia XR-48A90K TV has not yet been announced. The same is true for Sony XR-42A90K TV. Overseas online retailers will start taking pre-orders for these TVs on July 4, 2022.

Summary of the A90K review

To conclude the Sony A90K review, let’s make a brief summary. The Sony A90K will be an excellent OLED TV that lives up to the principles of the Master series – picture accuracy for watching movies and TV shows. But its modern focus on small diagonals makes it a great choice for gamers as well. With all the features you need for gaming, the Sony A90K TV will provide games with excellent unwashed images.